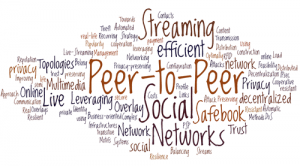 “Taken together, these results indicate that third-party online commentary not only influences individuals’ attitudes regarding the specific target of others’ comments, but it also influences individuals’ perceptions on the attitudes of the general online community (A Networked Self, Papacharissi, 2011).”  This quote points out that people can be influenced by other people or a group of people’s comments in online communities.
A general statement is made about a business or someone then other people jump on the band wagon and support what is the most popular or the most negative opinion.  How do we know if comments made on a social networking site are legit?

An example of this is Yelp, which is a social networking, user review, and local search web site.  People can go online and rate a business which can hurt or help.  Here is what one advertiser experienced on Yelp according to a recent CNET article:
“One Yelp advertiser who asked to remain anonymous told CNET News that in his dealings with Yelp over the past few years, he had never been promised that his reviews would be manipulated. To the contrary…despite paying $750 a month for advertising services, he said, the site’s refusal to remove several negative reviews that he felt were fake pushed his business from the top ranking to No. 7 in the search results, costing him a 25 percent drop in revenue (CNET, http://news.cnet.com/8301-1023_3-10168065-93.html, 2009).”

Since people’s attitudes and comments influence other people online, this can have a dramatic effect on a business as we have seen in the above example.  It is unbelievable that someone can pay Yelp $750 a month for advertising and have manipulated reviews posted on the site which hurts the company’s online ranking.  Plus, Yelp allows people to connect and share using there Facebook accounts which means that fake comments about a business on Yelp can spread to other social networking sites.  The difficult part now is that this business will have to spend valuable resources on trying to makeup for the 25% drop in revenue due to these negative fake reviews.

Another example, is a dentist whose patients posted positive reviews about his clinic,
only to have them filtered out. He has over 2,000 patients and every other week one of
them writes a positive review on Yelp and none of them stay (New York Times, 2011).
According to the same New York Times article, people are paid a fee to post a positive comment about a company and others will post a negative review about their rivals on Yelp.