Shot this video at the Perot Museum using a T2i, changing the lens and camera settings multiple times due to the environmental conditions. Used dubstep type music for the background music and frame stills to go from moving to still frame video captured images.

This video is an introduction into the beginning stages of defining my research into blended learning.

Interview with Denny Doran using a Canon T2i and a wireless
Sennheiser Mic. Video editing was done with Adobe Premeire
CS5 on a MacBook Pro.

Voiceover was done by Jesse Mccall. Video
editing was done in Adobe Premeire and iMovie. 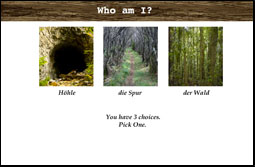 "Who am I?" is an interactive education game which is designed to
help people learn a foreign language in a fun and creative way. 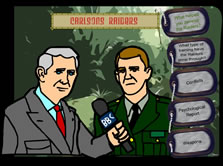